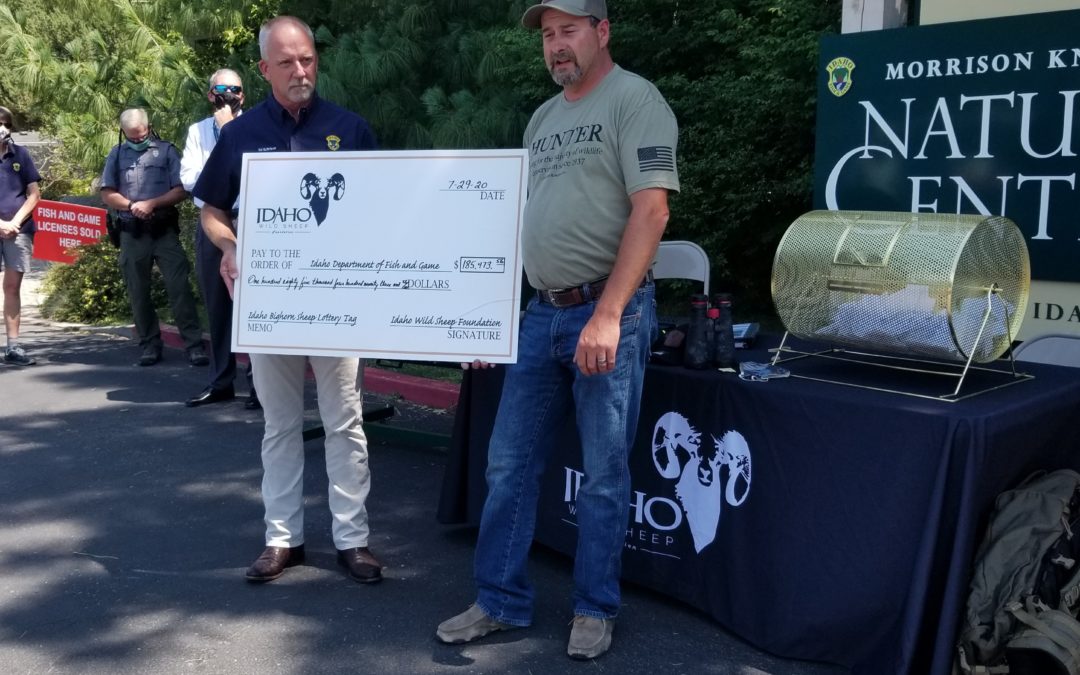 The Idaho Wild Sheep Foundation held the 29th Annual Bighorn sheep lottery tag drawing on July 29th at the MK Nature Center. Mr. Aaron Neilson out of Boise, Idaho is the lucky recipient of a hunt of a lifetime. Two alternates were also drawn in case Mr. Neilson is unable to make the hunt. The winning ticket this year was drawn by Idaho Fish and Game Director, Mr. Ed Schriever and announced by Idaho Wild Sheep Foundation President Mr. Jim Warner.

The lottery for this bighorn sheep tag has raised nearly 1.6 million dollars for wild sheep in Idaho over the past 29 years. This year the lottery raised a record of $212,076.75 with more than $185,000 going back to Fish and Game for bighorn sheep conservation. Neilson was one of around 1,500 people from across the nation who bought anywhere from one to several hundred chances, supporting the efforts of the Idaho Wild Sheep Foundation to “keep sheep on the mountain.”

The Idaho Wild Sheep Foundation is a non-profit organization formed to enhance wild sheep populations in Idaho, and with partners in adjacent states, for public enjoyment, education, and fair chase hunting; to promote professional wildlife management, and protect sportsmen’s rights. The Idaho Wild Sheep was founded in 1982 by two dozen concerned sportsmen who wanted to put more bighorns on Idaho’s mountains. From that core group, many of which are still very active on the board and committees, the organization has grown to a thriving group with over 600 committed members.

We use cookies to ensure that we give you the best experience on our website. By using this site, you agree to the use of cookies.OkPrivacy policy